While their name might make you think of small strategically folded pieces of paper, paper wasps are actually a real thing, and they are definitely not made of paper. They were given this name because they build their nests out of “paper” that they make from chewing up wood and other vegetation, like plant stems, and mixing it with their saliva. Yes, you read that right, they build their nest with their spit. Totally gross, but somehow this spit combo constructs a gray or brown papery material that they slap together and call home. It gives a whole new meaning to “Home Sweet Home,” but to each his own.

Paper wasps can measure anywhere from ½ an inch to 1½ inches, with most coming in around one solid inch. Their coloring can range from orange to reddish-brown to dark red, with some species having bright stripes that can be yellow and red. Unlike their bee friends, they were skipped over when fuzzy bodies were being passed out.

Instead of trying to capture one for identification purposes, it would be much easier to just have a looksee at their nest, from a distance, of course. Their spit condos look like round, upside-down paper combs that are attached to horizontal surfaces, like the underside of the eaves on your house. The nests start small but grow in size as the colony reproduces, with some nests taking the shape of an umbrella. The paper wasp is often called the umbrella wasp for this very reason.

Speaking of the reproducing colony, fertilized queens are very busy girls. The responsibility of starting a new paper wasp nest falls squarely on the tiny shoulders of a single queen. Once her first batch of paper wasp babies matures, it is time to add on to their digs. These wasp babies then become the workers that provide food to the next batch of paper wasp babies. And the cycle continues. But only until the weather turns in late fall and winter. This is when the nests are abandoned and everyone dies, except for the fertilized queen that will live to see another spring when she starts the process of establishing a new colony over again. Like I said, very busy girls!

While paper wasps do have some good qualities, like being beneficial to your garden, since they feed on nectar which helps with pollination, and they chew up caterpillars to feed the paper wasp babies, it might not be worth having the threat of being stung every time you go outside. Their stings are no joke, and for those who are allergic to wasp or bee stings, things can go from bad to worse really quickly. Paper wasps are aggressive and won’t hesitate to sting when they feel threatened, so letting them take residence around your home is probably not the best idea. And you know what else isn’t a good idea?

Need to get rid of Paper Wasps?

Trying to remove a paper wasp’s nest without the proper products. That is where we come in. HowToPest.com has exactly what you need to protect your home and family from paper wasps. We might not know how to fold small pieces of paper into the shape of a wasp, but we sure know how to get rid of them! Shop all wasp products here! 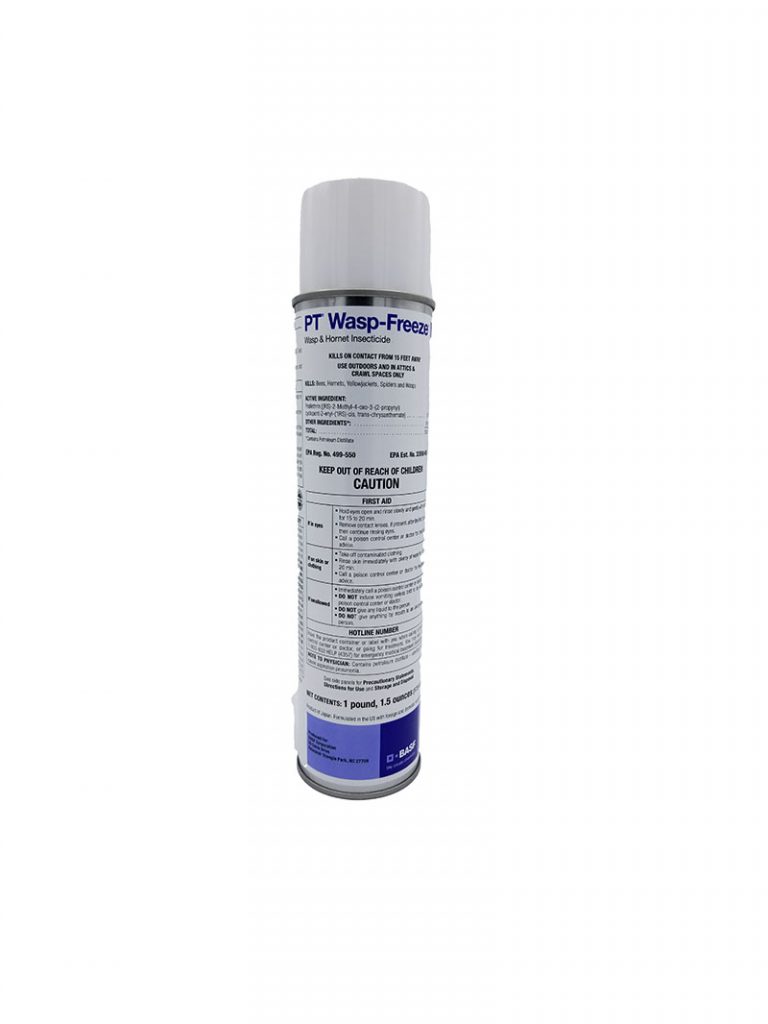 PT Wasp Freeze II Aerosol is the only product needed to instantly knock down and kill bees, hornets, yellowjackets, spiders (including black widow and brown recluse), and wasps. Knock down is so fast, the stinging pheromone of the insect doesn’t have time to be released, which reduces the possibility of being stung. Designed with the safety of the applicator in mind, the spray can travel up to 15 feet. In addition to the fast-acting, knock-down power, the residual activity of the active ingredient, Prallethrin 0.1, ensures complete elimination of the nest. PT Wasp Freeze II can be used outdoors and in attics and crawlspaces only.  Check out our video on PT Wasp Freeze under the above product image!