While appropriately named due to their preference for living in seclusion or isolation, the arachnologist, a fancy name for someone who digs spiders in a big way, who was in charge of naming the brown recluse spider on spider-naming day could have gotten a little more creative and officially named it (instead of just nicknaming it) the violin or fiddleback spider because of the violin shaped markings on top of their head and thorax. I think spider monk (or monk spider) has a much better ring to it, but alas, the spider expert went with brown (because they are brown) recluse (because they are reclusive) spiders (because, well, they are spiders). Brown Recluse Spiders (BRS).

So, what’s the deal with these spiders? Besides their less-than-exciting name, these spiders are far from less-than-exciting. In fact, they are among the most dangerous spiders on the planet. When bitten by a BRS, they inject a necrotic venom into their victim. Necrotic venoms cause cell and tissue damage which can lead to inflammation, lesions, and blisters. Anyone on the receiving end of a brown recluse spider bite should seek immediate medical attention.

Given their slow-moving nature, BRS have perfected the art of hitchhiking and will catch a ride in or on boxes, trash, clothes, basically anything that is moving from one infested area to another area. Once they reach their final destination, they find themselves a dark, secluded hiding place and set up camp. Popular spots include under a porch, inside a shoe, under a trashcan, or deep inside a closet. Once established within a structure, brown recluses are often difficult to control. Though there may be hundreds of BRS living under one roof, it is likely that their presence won’t be known until someone either lays eyes on them or gets bitten. Unfortunately, once you see one or are bitten by one, it’s safe to say that there is probably already an infestation. Here’s why:

Female brown recluse spiders only need to hook up with their male brown recluse baby daddy once to produce eggs throughout her life. She can then produce at least 150 or more brown recluse babies (aka spiderlings) in a year, usually between May and June. Their lifespan is one to two years, which means 150-300 babies per mama. And once those babies start having babies…well, you get the picture.

They say the eyes are the window to the soul, but when it comes to the BRS, looking into their eyes is the only surefire way of identifying them. Since the violin-shaped markings on brown recluses are inconsistent and vary in color, depending on their age, when it comes to knowing for certain if what you are looking at is in fact a BRS, it is all in the eyes. Brown recluse spiders have six eyes, instead of eight like most spiders. Their eyes are arranged in three equal-sized pairs that form a semi-circle around the front of the cephalothorax, which is just a super-fancy way of saying the fused head and thorax. So, you’ve seen one, which most likely means there are lots more where that came from, now what? What do I do to get rid of the Brown Recluse spider? That’s where HowToPest.com comes in. Check out the professional grade products available to get rid of the dreaded Brown Recluse Spider! 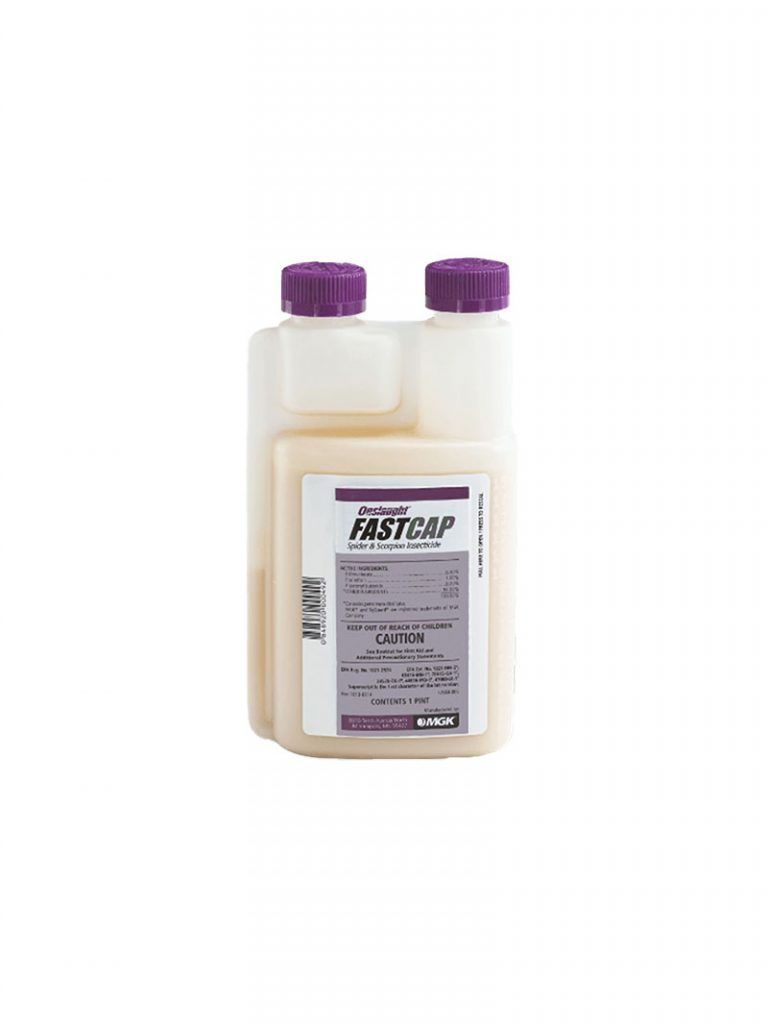 Need to get rid of spiders or scorpions? Onslaught FastCap Microencapsulated Insecticide is one of our favorites when it comes to spider and scorpion control! Why? Onslaught provides fast-acting and long-lasting residual control, which means it will hold up very well in all temperatures. Spiders, scorpions, fleas, mosquitoes and a broad spectrum of other residential and commercial pests don’t stand a chance.  Shop all Spider Products Here.